Let us take you back to 1996, it was the year Patek launched the Chronograph Annual Calendar under ref. 5035. It was the first-ever watch that holds the title of mid-range Calendar by Patek Philippe. It was a combination of “ full calendar” and “Perpetual Calendar”.

This iconic blend turned out to be the reason behind the launch of a watch called the Calendar ref. 5960- This particular watch holds value for Patek. Why?? Because since it launched its brand recognition has shot up and got to be known as a modern watch-making brand. 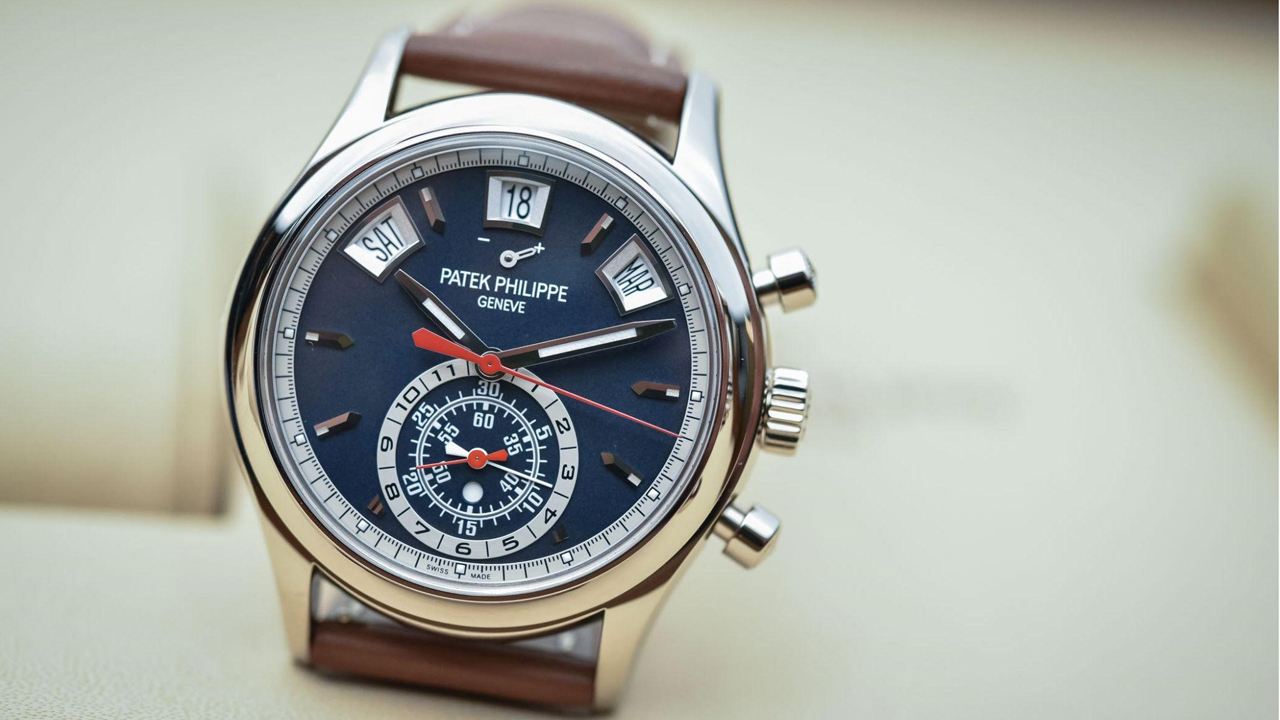 The changes were very subtle for the watch though, except for the change in case size. It got bigger than the previous model, the old one was 40.5mm in size, whereas, the 5905 is 42mm in size.

The most significant change brought about was the dial. The mechanics were pretty similar to the old model. However, the look of the dial adopted a futuristic touch. 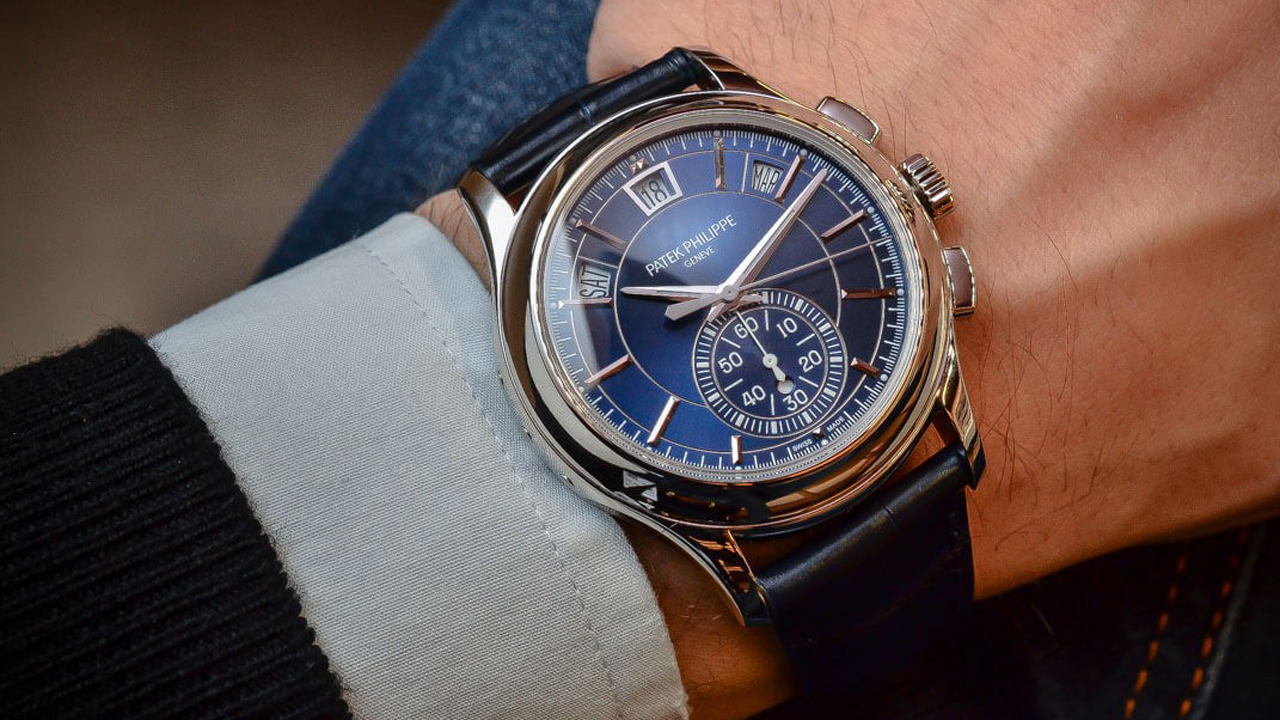 Four years later, another change was seen occur to the Patek Philippe Annual Calendar ref. 5905, it was the addition actually. The word “R” was added to the name of the watch in 2019. That’s the overall history of how the New Patek Philippe got its name. The watch launched with an excellent shiny brown dial.
Let’s dig into it a bit deeper to find out if the watch is really a MASTERPIECE!

As described above, you’re not supposed to expect substantial evolutions in the 5905R-001. The brand decided to not play with its specifications at all. They’re untouched. Still, there’s no denying that the watch is a graceful sight to see.

What’s noticeable is the new color combination of rich pink and gold sets the tone for effectiveness. This watch features three aperture windows at the top of the watch dial for you to see the time, date, and month. The Patek 5905 took its inspiration from both the 5960 and 5205. It took the five-nine from the 5960, and zero five from the 5205.

The clasp on the watch is super simple, literally just their standard pin buckle clasp. You can actually get this watch with the optional deployment clasp but, this one is the one that Patek Philippe generally offers.

The pin buckle is beautiful with a very angular kind of interesting looking, nothing spectacular though! 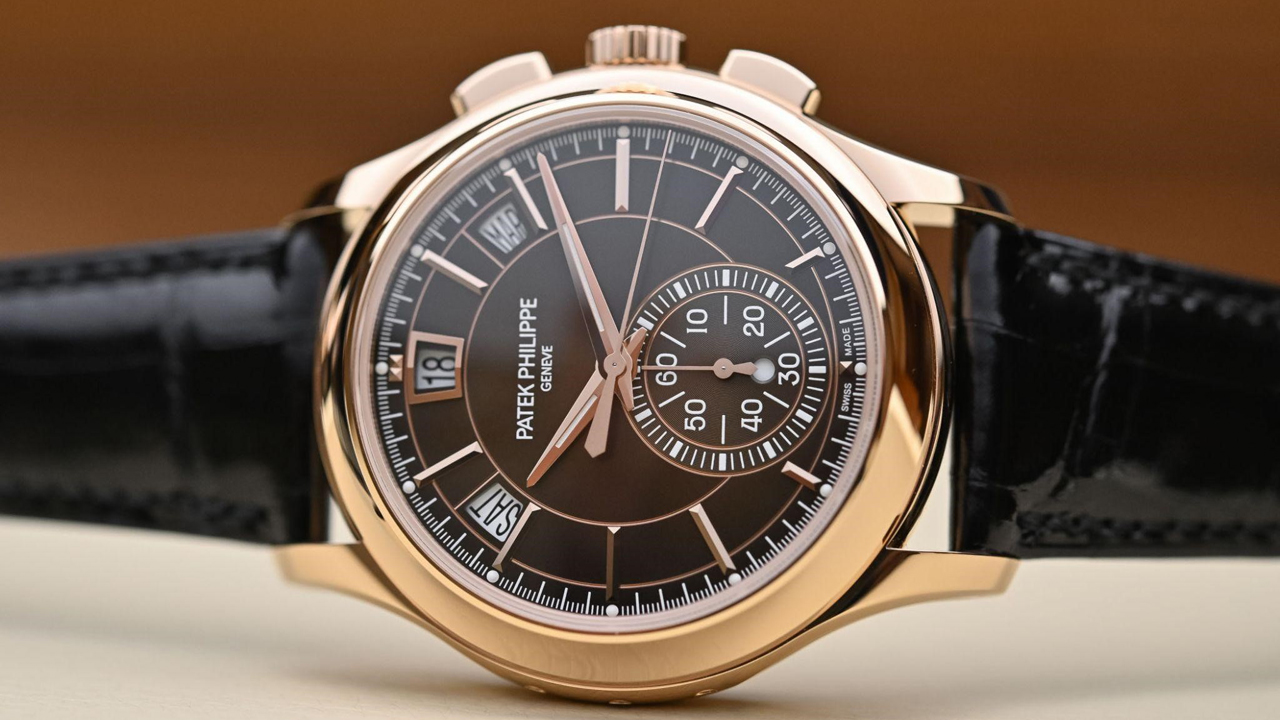 Both 5905R and 5905/1A comes with strap of the watch is the matte alligator strap that is classy and elegant in looks and also very comfortable to wear. 5905R-011 is crafted in a super luxury warm tone with a high-end feel. A kind of watch that lasts a long time.

If we look at the case back of this watch, it’s a clear crystal case back complementing the exquisite movement inside. The movement is featuring two unique specific complications together, one is the annual calendar and the other is the flyback chronograph. It’s a complex though stunning-looking movement.

Every screw of the movement is polished, hand-crafted, and hand-assembled. This evolution by Patek is extremely attractive. Might be not a reference fully changed however, it came out to be a very balanced and perfectly executed watch.